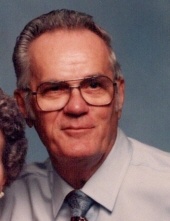 Gerald G. Huff, 90, of Manheim, and formerly of Georgetown, DE, died Saturday August 31, 2019 at Legends of Lititz. Know by “Uncle Toots” by some relatives, was the husband of the late Dorothy M. (Jumper) Huff who died in 2016. Born in Saxton, PA he was the son of the Late Nelson and Effie (May) Huff. He had worked for Armstrong World Industries Ceiling Plant, Marietta, and Gebhard Clothing Manufacturing, Elizabethtown and had worked part-time for Grosh Furniture, Elizabethtown. Gerald proudly served with the U.S. Army during WW II and also served with the Army Reserves for six years helping the Air Force with project Stauwauf.

Gerald was a member of Trinity Full Gospel Chapel, Elizabethtown. He was a fan of the “Phillies” and “Eagles”, and his hobbies included bowling, camping, boating, and he enjoyed residing in Zephyrhills FL over the winter months where he met one of his best friends Mr. Bill Hudson.
Surviving is a daughter Kimberly Huff-Mylin, Manheim, and several nieces and nephews. In addition to his wife and parents he was preceded in death by two brothers Gene and Ronald Huff, and two sisters Doris White and Betty Huff.

Relatives and friends are respectfully invited to attend his memorial service at Trinity Full Gospel Chapel, 32 Hershey Road, Elizabethtown PA on Saturday September 14, 2019 at 2:00 PM. There will be a time of visitation with the family on Saturday from 1:00 pm until the time of the service.
To order memorial trees or send flowers to the family in memory of Gerald G. Huff, please visit our flower store.