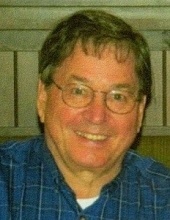 Geoffrey Robert Miller passed away peacefully at his home on October 19, 2020. Born June 18, 1947 he was the son of the late Robert Paul and Jean Glick Miller. He was also lovingly known as “Geoffrey R.” by his family. He was the husband of Susan Musser Miller with whom he shared a life for over 30 years. Geoffrey R. is survived by his children, Janna and husband John Brubaker, Sarah and husband Scott MacDerment, and son John Miller. He also has 3 step children, Gwen and husband Derron Ober, John Briggs, and James Briggs and wife Joy Yoder. In addition to his children are his grandchildren, Aaron, Joseph, Abraham, Isaac, Hayden, Layla, Johanna, and Zoe. Great grandchildren include Aaron Jr, and Peter. Geoffrey is also survived by his sister, Barbara and husband George Hall and two nephews Matthew and Scott.

Geoff was born and raised in Manheim, PA and was a 1965 graduate from Manheim Central High School. He served six years in the Army Reserves and received an honorable discharge in 1972. After his discharge he continued to live in Manheim PA, and worked for Brubaker Inc., for 42 years. He retired from Brubaker Inc. in 2014 and continued to work part-time.

Geoffrey R. was a loving father and husband. He enjoyed woodworking, crafting projects around the house, gardening, and he loved British TV shows. Over the years he enjoyed a road trip with his late father to Alaska in 1988, and then a cross country trip with his wife, Sue, in January 2016. Geoff and Sue enjoyed many activities as they were always together. They loved driving to Florida, going to the beach, going for long drives, and riding their bikes on local trails. Geoff and Sue were members of the Central PA Triumph Club in the past, and he was also a proud Patriot Life Member of the NRA.

As a family man, the children loved his sense of humor and wise advice with specific detailed directions, which you were sure to follow. Memories included many fun times of laughter. The family’s lives centered around football for years but also included family trips to the beach, trips in the big van, and so much more. The family favorite movie was “National Lampoon’s Christmas Vacation.” Geoffrey R was known to begin laughing before the movie even started! He will be lovingly missed by his family who will cherish such great times they have spent together as the modern-day Brady Bunch.

There will be a time of viewing and visitation with the family at the Buch Funeral Home, 21 Market Square, Manheim, on Thursday evening from 6:00 to 8:00 PM. Services will be private with Interment in Manheim Fairview Cemetery, Penn Township. Those interested in making donations in honor of Geoffrey R. Miller may do so to the Manheim Central Food Pantry, 140 North Penn Street, Manheim, PA 17545.
To order memorial trees or send flowers to the family in memory of Geoffrey Robert Miller, please visit our flower store.