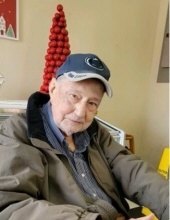 Gene R Kurtz, 79, of Lititz, passed away peacefully at home Sunday January 2, 2022. Born in Millbach, Lebanon County, he was the son of the late Earl (Dutch) and Helen (Reed) Kurtz. Gene was the loving husband of Shirley (Miller) Kurtz. Gene was the Human Resource Manager at the former Alcoa in Lancaster. Gene also farmed for majority of his life and had a farm implement business after he retired from Alcoa.
Surviving in addition to his wife Shirley, is a son Jonathan Kurtz, husband of Katie (Matteras), and daughter Jennifer Stoner, wife of David Stoner, three grandchildren, Edward Kurtz, Anastazia and Jarred Stoner and one great grandchild Raelynn.
In addition to his parents, he was preceded in death by his sister Betty, and his brother Roy, and one grandchild.
Please join the family for a drop in Celebration of Life for Gene, January 22nd 1-4, at the home where he was born and raised 310 South Millbach Road, Newmanstown.
To order memorial trees or send flowers to the family in memory of Gene R. Kurtz, please visit our flower store.