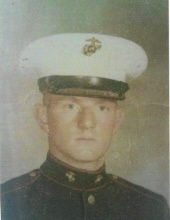 Gary L. Strubel, 72, of Ephrata, and formerly of Lancaster, died on Sunday, May 2, 2021 at Lancaster General Hospital. Born in Soudersburg, he was the son of the late George E. and Fern Russell Strubel. Gary was the loving husband of Linda C. “Lynn” Rineer Strubel and they observed their 41st wedding anniversary this past December. He proudly served in the United States Marine Corps during the Vietnam War. Gary was a Mason and worked for E. L. Masonry, Strasburg. In his early years he enjoyed playing softball. Gary was an avid Philadelphia sports fan.

Surviving are six sons, two daughters, ten grandchildren, four brothers, and three sisters. Preceding him death is a son, and a sister. Services for Gary will be private.
To order memorial trees or send flowers to the family in memory of Gary L. Strubel, please visit our flower store.