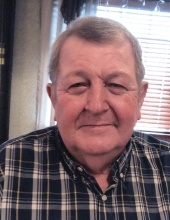 Frederick Ruebman Jr. 79, of Manheim, and formerly of Lititz, died peacefully on Sunday, April 12, 2020 at Select Specialty Hospital, Harrisburg. Born in Lititz, he was the son of the late Frederick and Evelyn Stark Ruebman. Fred was the loving companion and life partner for 40 years of the late Barbara McCarty who died in March of 2011. In his early years Fred worked in the local area as a carpenter; he then was employed for Armstrong Flooring for over 25 years. A proud veteran he served his country in the United States Army. Fred enjoyed hunting, fishing, spending time in his cabin in Potter County, playing golf at Tree Top Golf Course, and was a member of the Elstonville Sportsmen’s Association, Dela-Ches Fishing Association, Germania Band Club, and the American Legion Garden Spot Post 56, Lititz. Fred was of the Lutheran Faith and was a 1959 graduate of Warwick High School, and attended Penn State University.

The family wishes to thank all the doctors, nurses, and support staff for the compassionate care given to Fred during his time of illness at WellSpan Ephrata Community Hospital and the Select Specialty Hospital in Harrisburg.

Services will be announced at a later date.

In lieu of flowers, contributions may be sent in Fred’s memory to the charity of one’s choice.
To order memorial trees or send flowers to the family in memory of Frederick Ruebman Jr., please visit our flower store.