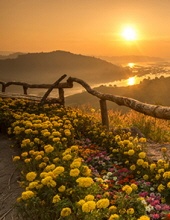 Franklin D. Rittenhouse Sr., 88, of Manheim passed away on Wednesday, September 22, 2021 at Lancaster General Hospital. Born in Lancaster, he was the son of the late Frederick and Evelyn Rogers Rittenhouse. He was the loving husband of Shirley E. Groff Rittenhouse and they celebrated their 69th wedding anniversary this past June. Frank was a printer by trade and he was a member of Ruhl’s United Methodist Church, Manheim. He also served in the United States Army during the Korean War.

Surviving in addition to his wife is a son, Franklin D. Rittenhouse Jr. and a daughter, Patti Jo wife of Ron Greiner both of Manheim; two grandchildren: Amber and Adam; four great grandchildren: Blake, Isabella, Abriella and Carson. He was preceded in death by eight siblings and a son, Joel Rittenhouse.

Relatives and friends are respectfully invited to attend Frank’s Celebration of Life Service at Ruhl’s United Methodist Church, 4810 Elizabethtown Road, Manheim on Sunday, October 3, 2021 at 2:00 PM. Friends may visit with the family immediately following the service. Interment will be private.
To order memorial trees or send flowers to the family in memory of Franklin D. Rittenhouse Sr., please visit our flower store.