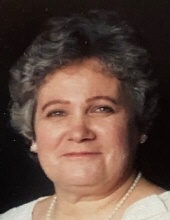 Fay R. Obetz, 80, of Manheim, passed away peacefully at home on Monday, March 22, 2021. Born in Manheim, she was the daughter of the late John and Grace Summers Tshudy. Fay was the loving wife of Thomas L. Obetz and they observed their 62nd wedding anniversary this past December. In her earlier years she was a teacher’s aide for the Manheim Central School District. Fay enjoyed sewing, reading, traveling, and spending the summers with her family at the beach. Her highest accomplishment was being a mother to four amazing children.

Surviving in addition to her husband are four children: Dennis L. husband of Gail Obetz, of Mount Joy, Darby L. Obetz of Williamsport, Douglas L. husband of Suzanne Obetz of Middletown, VA and Darcy L. wife of Richard Bowers of Manheim, five grandchildren, six great grandchildren, and a brother, Dale Tshudy of Lancaster. She was preceded in death by a brother, Larry Tshudy.

Services and Interment are private and at the convenience of the family.
To order memorial trees or send flowers to the family in memory of Fay R. Obetz, please visit our flower store.