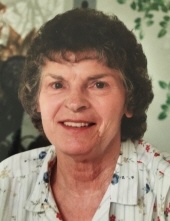 Esther Marie Rubia, 85, of Lancaster and formerly of Manheim, passed away peacefully on Wednesday, December 16, 2020 at ManorCare Health Services, Lancaster. Born in Estella, Sullivan County, PA, she was the daughter of the late Hartford and Edna Weaver Rosbach. She was the wife of the late Howard Rubia who passed away in 2002. Esther was an inspector for Alcoa Bottle Closure Plant until its closing in 1985. She also worked for M&M Mars, Elizabethtown. She was an avid country music fan, enjoyed NASCAR, nature and bird watching.

Surviving are a son, Barry Rubia of Manor Care Pottsville, a daughter, Diana Rubia of Elizabethville, two grandsons: Reed and Lucas Sitler, a sister, Alberta Cressler Pensinger of Shippensburg, two nieces: Christal and Theresa Rosbach and a nephew, Michael Rosbach. She was preceded in death by a son, Steven Rubia, a brother, Walter “Troop” Rosbach, and several other siblings.

Services will be private and at the convenience of the family.
To order memorial trees or send flowers to the family in memory of Esther Marie Rubia, please visit our flower store.