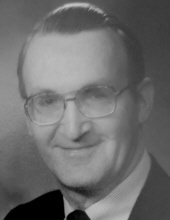 Elmer N. Lowe, 81, of Manheim, passed away on Tuesday, November 30, 2021 at Lancaster General Hospital. Born in Manheim, he was the son of the late Maurice N. Sr. and Elsie Nauman Lowe. He was the loving husband of the late Anna Lois Herr Lowe who passed away in 2008. Elmer was a machine operator for Pennfield Feeds, Lancaster. He was a member of White Oak Church, Manheim.
Surviving are four sons, Brian E. Lowe, Eric D. husband of Mindy Lowe, Dwight D. Lowe, Randy B. Lowe, two grandsons, Aaron and Caleb Lowe, three brothers, Clarence Lowe, Robert and Mark Lowe, and two sisters, Kathryn Meyer and Marie Lowe. He was preceded in death by two brothers, Leon Lowe and Maurice Lowe, Jr.
Relatives and friends are respectfully invited to attend Elmer’s Funeral Service at White Oak Church, 1211 North Penryn Road, Manheim on Friday, December 10, 2021 at 11:30 AM. There will be a viewing from 10:30 AM until the time of service. Interment in White Oak Church Cemetery. In lieu of flowers, those desiring may send contributions in Elmer’s memory to White Oak Church, 1211 North Penryn Road, Manheim, PA 17545.
To order memorial trees or send flowers to the family in memory of Elmer N. Lowe, please visit our flower store.