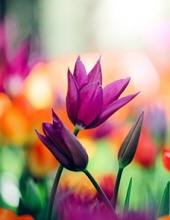 Edith May Cook, 101, of Elizabethtown, died on Monday, February 25, 2019. Born in Hazelton, she was the daughter of the late Christopher and Ida Spencer Hildebrand. Edith was the wife of the late Joseph G. Cook who died in 2013. For many years Edith worked for ACME Markets, previously she was employed by Bendix Aviation. She was a member of the John S. Sell Memorial Chapel. For over 50 years she was a member of the Order of the Eastern Star # 551 Friendship Chapter, Drexel Hill, and served as Past Matron. Edith also served as Past Regional President of AARP, Drexel Hill. Edith had a real passion for sewing and quilting.

Surviving is a sister, Evelyn Sonnet of Philadelphia, a niece, Dee wife of Mel Cox, a Godson, Scott Cox all of Gnadenhutten, OH., and several other nieces and nephews. Preceding her in death are three sisters: Ruth Williams, Mildred Dallacheisa, Thelma Whitenight, and a brother, Chris Hildebrand.

Funeral services will be at the John S. Sell Memorial Chapel, One Masonic Drive, Elizabethtown, on Friday, March 8, 2019 at 11:00 AM. There will be a viewing on Friday from 10:00 AM until the time of the service. Interment will be in Indiantown Gap National Cemetery. Those desiring may send contributions in Edith’s memory to: Masonic Charities, Gift Planning Office, One Masonic Drive, Elizabethtown, PA 17022.
To order memorial trees or send flowers to the family in memory of Edith May Cook, please visit our flower store.