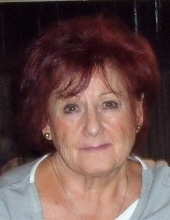 Dorothy L. “Dotty” Weiss, 72, of Landisville, died peacefully, Friday, February 1, 2019 at Juniper Village, Mount Joy. Born in Ellwood City, she was the daughter of the late Henry and Anna (Stabryla) Krupa. She was the widow of the late Samuel Leopardi and the late Richard Weiss. For most of her working life, Dotty was a homemaker. She was a member of the former St. Agatha Catholic Church in Ellwood City, and was a volunteer for the American Red Cross in York. Her other interests included traveling, shopping, gardening, collecting and decorating. She had a soft heart for any animal, especially her dogs. Most of all enjoyed loving and spoiling her grandchildren.

Service and interment to be conducted privately.
To order memorial trees or send flowers to the family in memory of Dorothy L. Weiss, please visit our flower store.