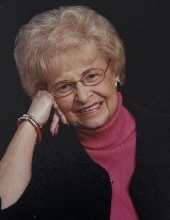 Doris F. Keiser went to be with her Lord and Savior at the age of 82 on March 30, 2021, at Susquehanna Rehabilitation Healthcare Center, Columbia.

She was the daughter of the late Elmer S. and Ruth Breneman Shenberger, born April 24, 1938 in Mt. Joy, PA. She attended Mt. Joy Elementary School and Hempfield High. She was a member of St. Mark’s United Methodist Church, Mt. Joy. Earlier she belonged to Church of the Brethren, Lititz and Leacock Presbyterian Church, Paradise from 1970-2002.

Her interests were music, decorating, gardening and reading. In fact, she was an avid reader, choosing only material that kept her in touch with the Lord, in whom she credits with bringing her through all the hard times.

She was a member of the Lititz Fire Company Ladies Auxiliary and was chosen as Mrs. Lititz Fire Chief and went on to compete for the title of Mrs. Lancaster County Fire Chief against 15 other participants. Of that she remarked, “It was some experience”.

Most of her married life she was a wife and mother. Then there came a time when she had to seek employment outside the home. She first got a job in a factory where continued for eight months and then got a break in secretarial work which she had been trained to do. After that job and other, the business closed and Doris had to seek other employment. She did not give up. She finally answered an interview for a position as a private secretary in an insurance office. She was hired on the spot and worked there for several years. There was much responsibility involved, but she was able to handle it all very efficiently. She earned her GED diploma later in 1991 at the age of 53.

Proceeding her death were her first husband, James Snavely and her late husband Richard Keiser, who died in 1999. A younger sister, Linda L. Nuss, also proceeded Doris in death in 1970.

Services will be private at the convenience of the family. In lieu of flowers, if you wish to contribute in Doris’ memory, donate to a favorite charity.
To order memorial trees or send flowers to the family in memory of Doris F. Keiser, please visit our flower store.