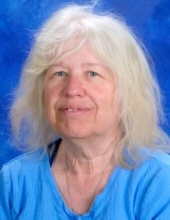 Donna M. Stout, 63, of Lancaster, and formerly of Manheim, died on Thursday, February 13, 2014 at Moravian Manor, Lititz, following a brief illness. Born in Lancaster, she was the daughter of Alice White of Manheim, and the late Eugene White. Donna was the wife of the late Dr. William J. “Bill” Stout who died in June 2002. She graduated from Millersville University with a Bachelor’s degree in Elementary Education. Donna was employed as a preschool teacher for Chesterbrook Academy, Lancaster. She had a life-long passion for children, and she devoted her life to helping and supporting children of all ages.

Relatives and friends are respectfully invited to attend her memorial service at the Buch Funeral Home 21 Market Square, Manheim, on Friday, February 21, 2014 at 4:00 PM. Friends may visit with the family at the funeral home on Friday afternoon from 3:00 PM until the time of the service. Those desiring may send contributions in Donna’s memory to the Humane League of Lancaster County, 2195 Lincoln Highway East, Lancaster, PA 17602.

To order memorial trees or send flowers to the family in memory of Donna M. Stout, please visit our flower store.