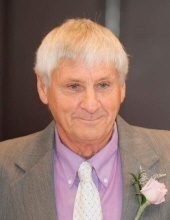 Donald L. “Don” Neidermyer, 73, of Lititz passed away on Tuesday, August 31, 2021 at Lancaster General Hospital. Born in Ephrata, he was the son of the late Paul Jr. and Margaret Waidley Neidermyer. He was the husband of the late Linda “Lynn” Hershey Neidermyer who died in 2007. Don retired as a truck driver for ABF Freight, Lancaster. He served in the United States Army during the Vietnam War and attended Reamstown Church of God. A handyman, Don also enjoyed dancing and he loved to spend time with his family.

Surviving are three children: Tanya L. wife of Jack Crowley of Lancaster, Christofer G. husband of Roxanne Neidermyer of Lititz and Shaina R. wife of Emory Barton of Camp Hill; ten grandchildren, one great granddaughter, a sister, Darlene wife of David Martin of Brownstown and a sister-in-law: Lois Neidermyer of Millersville. He was preceded in death by a son, David Lee Neidermyer, a daughter, Alyssa Joy Neidermyer and a brother, Dan Neidermyer.

Services are private and at the convenience of the family. Interment in Middle Creek Cemetery. In lieu of flowers, those desiring may send contributions in Don’s memory to Compassion International, 12290 Voyager Pkwy, Colorado Springs, CO 80921.
To order memorial trees or send flowers to the family in memory of Donald L. "Don" Neidermyer, please visit our flower store.