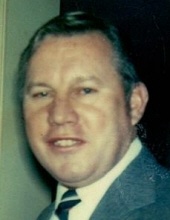 Donald F. Bissinger, 92, of Landisville passed away on Friday, February 26, 2021 at Hospice & Community Care, Mount Joy. Born in Denver, PA, he was the son of the late Roy and Sarah Myers Bissinger. He was the loving husband of Virginia Ressel Bissinger and they would have celebrated their 68th wedding anniversary in July of this year. Donald graduated from Manheim High School in 1946, Millersville University in 1952 and he received his Master’s Degree from Temple University in 1958. Donald started his teaching career in 1955 at Hempfield High School where he also coached wrestling, soccer, football and basketball at various times. He later became an administrator and then retired in 1987 as Superintendent of Hempfield School District after 17 years. He was a member of Zion Evangelical Lutheran Church, Manheim and he proudly served in the United States Army during World War II.
Don was involved in many educational organizations and he also was a charter member and the first President of Lancaster West Rotary. His interests included golfing, fishing and reading. He was also an avid bowler; having bowled a perfect game at the age of 77.

Surviving in addition to his wife is a son, Glenn R. Bissinger of Mountville; two sisters: Rubye Barto of Manheim and Doreen Myers of Landisville. He was preceded in death by two brothers: Durell Bissinger and Melvin “Barney” Bissinger.

Funeral services are private and at the convenience of the family. Interment in Manheim Fairview Cemetery. In lieu of flowers, those desiring may send contributions in Donald’s memory to Hospice & Community Care, P.O. Box 4125, Lancaster, PA 17604-4125. T
To order memorial trees or send flowers to the family in memory of Donald F. Bissinger, please visit our flower store.