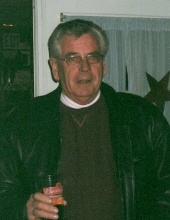 Donald E. “Don” Hess, 75, of Manheim, died on Monday, July 6, 2020 at Lancaster General Hospital. Born in Manor Township, he was the son of the late Harry K. Sr. and Emma Good Hess. Don was the loving husband of Connie F. Bixler Hess and they would have celebrated 28 years of marriage this September. He owned and operated Donegal Auto Exchange, Mount Joy, and The Car Shop Auto Sales, Manheim for many years. Don was a car enthusiast and enjoyed anything and everything about them; if it was broken, he could fix it. Don was a member of Vagabonds Rod & Custom Club. He was known to be a fabulous cook and enjoyed cooking for his family. Don had a servant’s heart and was always willing to lend a hand to those in need. His kindness and generosity shined through his willingness to take those in need of guidance under his wing; and be a positive role model they needed.
Surviving in addition to his wife; Connie, are two daughters: Deborah L. Klugh, of Mount Joy, Sherri L. wife of Craig Bailey, of Elizabethtown, a son, Daryl E. husband of Jen Hess, of Lititz, a step daughter, Ann Marie wife of Carl Unruh, of Adamstown, 11 grandchildren and 11 great grandchildren. Preceding him in death is a brother, Harry K. Hess Jr.
Relatives and friends are respectfully invited to attend Don’s graveside service at Manheim Fairview Cemetery, Sun Hill Road, Manheim, on Friday, July 10, 2020 at 10:15 AM. The family requests that any classic car owner, attending Don’s service, to please drive their classic car. Those desiring may send contributions in Don’s memory to the Manheim Central Food Pantry c/o Salem UMC, 140 North Penn Street, Manheim, PA 17545
To order memorial trees or send flowers to the family in memory of Donald E. "Don" Hess, please visit our flower store.