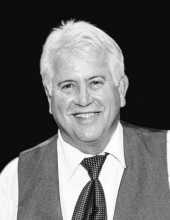 Dan Bender’s big heart unexpectedly gave out on January 29, 2021, much too soon for family and friends. He was 65.

Born in Lititz, son of Jean (Hanna) and Robert Bender, who predeceased him, Dan made the area his lifelong home for his family and business.

With the love of his life and wife, Adessa (Schmid), Dan moved to and renovated the family’s hilltop homestead overlooking the Brubaker Valley after his father’s passing. There they maintained their tradition of hosting extended family – the many aunts, uncles, cousins and in-laws who continue to reside in Lititz and Lancaster County – welcoming those more distant – together with friends. Jovial gatherings, with lively banter, much kidding, song and games and plenty of good food and drink. Dan in the middle of it.

Dan relished the role of host and provocateur. He was smart, informed, thoughtful and passionate. Few left a give-and-take with Dan’s insights unappreciated. His quick wit, often delivered in the family tradition with a barb and a grin, was expected to be retorted in kind, making the laughter louder.

A graduate of Warwick High School, he was an athlete (football, cross country, baseball and wrestling) and also participated in band, chorus, theater, and student government. He continued to wrestle at Delaware Valley College where he earned a degree in ornamental horticulture and served as class president.

He made his deep interest in landscaping a career. In high school he co-managed a landscaping and maintenance company with his brother that had clients throughout Lancaster County and employed several pals over those years. During college summers, he began working at Erb Brothers Landscaping, among the area’s premiere landscaping companies, and never left. Over nearly four decades as an owner, he guided the firm in installing landscapes for commercial, institutional and residential clients in Lancaster County and throughout southeastern Pennsylvania.

Dan had a gift for landscape design. The ability to see a site’s potential and articulate its transformation. Moreover, he knew how to make it happen – a seemingly intuitive ability to organize, procure the right stock and materials, provision and mobilize crews, coordinate contractors – and make all the plants, parts and people come together. His passion for perfection was exhibited both in approach and final product.

A lifelong member of the Lititz Moravian Congregation, he was generous with his time, talent and treasure, serving on various boards of the Church and Linden Hall School and undertaking improvement projects to grounds and cemetery.

He lived the “work hard, play hard” credo. After long days in the office and field, he directed his enthusiasm to sports: keeping up with Warwick athletics, watching his New York Football Giants and the baseball Giants of San Francisco. Golf, however, was the topper. Often with limited time, he still managed to develop and hold a low single handicap for many years playing at mostly public courses throughout the Mid-Atlantic.

He was best on the greens. Had an exceptional ability to read a putt and deliver it efficiently to the hole. Even in recent years, when his neuropathy prevented play, he would join his brothers and pals riding along in his cart, providing mostly wise-crack commentary and instruction. He could look at a green from twenty paces and know precisely the break. Magical. Knowing of that prowess, friends followed suggestions.

Dan had a soft-spot for children and dogs. With them, the commanding presence crumbled. He cooed and cuddled; they reciprocated. None more than his three grandchildren.

He will be dearly missed by family, friends and associates.

In addition to his wife of 40 years, Adessa, Dan is survived by a daughter Erin Heinly, husband Justin and their children, Connor and Caroline – and a son Scott, wife Jeanie and their daughter, Briella. Also, his sister Jessica Krow, brothers Joe (Ellen) and Andrew (Mary), father-in-law Ted Schmid, brothers-in law Ted (Wendy) Schmid and Brett Schmid and many nieces, nephews and extended family. He was preceded in passing by brother-in law Grant Krow and mother-in law Roberta Schmid.

Those desiring may send contributions in Dan’s memory to the Lititz Moravian Church or the Lancaster Conservancy.

Relatives and friends are respectfully invited to attend Dan's memorial service at Lititz Moravian Church, 8 Church Square, Lititz on Saturday, October 2, 2021 at 11:00 AM. Friends may visit with the family immediately following the service.
To order memorial trees or send flowers to the family in memory of Dan G. Bender, please visit our flower store.