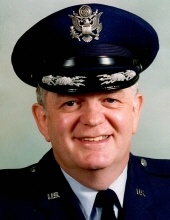 Neal was born and raised in Pittsburgh, PA graduating from Carrick High School and spent his childhood pursuing the sciences of flora and fauna on the Chestnut Ridge of the Appalachian Mountains. His equal love of astronomy and astrophysics were passions that followed him into adulthood, along with international motor racing and exotic car testing.

At an early age, he became strongly interested in the Civil Air Patrol and became a CAP cadet with the Pittsburgh chapter while in high school. After earning a Bachelor of Science in Business Administration from Drexel University in 1965 where he was lifetime member of Alpha Upsilon (chapter of PI KAPPA PHI fraternity), Neal enlisted in the United States Air Force. Throughout his 34-year career, he advanced from airman to colonel and served in both active and reserve capacities with many duty assignments worldwide. His last position held was the Air Force FEMA Liaison to Pennsylvania for disaster preparedness and anti-terrorism. He also earned a Masters of Business Administration from Suffolk University.

Col. Hickle earned many awards and decorations during his military career including Legion of Merit, the Meritorious Service Medal, the Pennsylvania Meritorious Service Medal, three Commendation Medals, the Presidential Unit Citation, and the Air Force Outstanding Unit Award. He was a graduate of the National War College and Air Command and Staff and Squadron Officers Schools. He was a lifetime member of the Military Officers Association of America, American Legion, Veterans of Foreign Wars, American Veterans, and Air Force Association.

In addition to his military career, Col. Hickle completed 34 years in banking, serving in roles from management trainee to executive vice president at First Susquehanna Bank and president at West Milton State Bank.

Neal enjoyed and loved his family, serving as a devoted husband, father and grandfather. In addition to his wife, he is survived by his children Karyn Harnish (Scott), Lynne Hickle (Erik Shmukler) and Craig Hickle (Amanda). He is also survived by four grandchildren – Gretta, Meridyth, Ella and Max.

Col. Hickle strongly believed in love, family, duty, honor, and country before self.

A private service will be held for family and friends to honor Neal’s life. Interment with full military honors will take place at the Arlington National Cemetery at a later date. In lieu of flowers, memorial gifts can be made to the Wounded Warrior Project (www.woundedwarriorproject.org), Disabled American Veterans (www.ihelpveterans.org), and the Pennsylvania SPCA (www.pspca.org).

To order memorial trees or send flowers to the family in memory of Col. Neal Raymond Hickle, please visit our flower store.