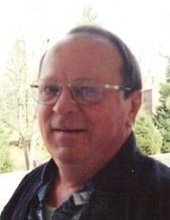 Cloy R. Zeller, 83, of Mount Joy, Pennsylvania peacefully transitioned to eternal life on Tuesday May 24, 2022. He was the widower of the late Lois J. (McCormick) Zeller. Born in Mount Joy, he was the son of the late Charles H. Zeller and Dorothy J. (Risser) Charles.

Bob attended the former Mount Joy High School. He proudly served his country in the United States Air Force from 1955-1959 following in the footsteps of his Father who served in the Army Air Corp. Bob also proudly served in the Pennsylvania Air National Guard in Middletown from 1978-1980. He worked at Raybestos-Manhattan, Incorporated in Manheim for 30 years until the plant closed in 1990.

Services will be private. The family requests, if desired, that you support our Father’s love for animals in nature by contributing to The National Wildlife Federation which works to protect America’s wildlife. https://www.nwf.org/

To order memorial trees or send flowers to the family in memory of Cloy R. Zeller, please visit our flower store.