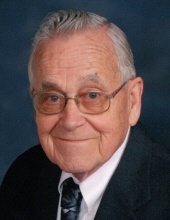 Clarence F. “Mike” Graham, 92, of Manheim, died peacefully at home at Pleasant View Retirement Community with his wife by his side on Monday, July 29, 2019. Born in Penn Township, he was the son of the late Clarence M. and Mary Fink Graham. Mike was the loving husband of Mabel L. Groff Graham and they observed their 72nd wedding anniversary in April of this year. He was a 1944 graduate of Manheim High School and received a teaching certificate from Penn State University. Mike was a proud veteran having served during World War II in the U.S. Navy; first on the submarine USS Sailfish, and later the escort carrier USS Sargent Bay, which participated in bringing many soldiers home from the war. He is an outstanding example of one of The Greatest Generation, selflessly serving his Country and Community. Honoring his country was very important to Mike, having marched in every Memorial Day Parade in Manheim from 1946 through 2018. Mike was the owner and partner of Cassel and Graham Appliance and Paint Store in Manheim. Later Mike worked as an instructor in Appliance Repair and Refrigeration and Air Conditioning at the Mount Joy Vocational Technical School, and as a part-time driver for the Hondru Auto Group.

For over 72 years Mike was an active and faithful member of Salem United Methodist Church, Manheim, serving as Sunday school teacher for the Ages and Stages Class, and on many committees. Mike was a member of the Manheim Borough Council for 12 years and served as president for six of those years. During his time on Council he helped establish the flag pole on the square and the moving of Shearer’s Mill Covered Bridge from Rapho Township to the Veteran’s Memorial Park in the borough. He received the “Service to Mankind Award” from the Manheim Sertoma Club for his volunteer work. Mike was one of the original founders of the Manheim Ambulance Association, was an active volunteer for over 30 years and served as honorary co-chair of the recent Manheim Ambulance Building fund raising effort. He was a member for 30 years, and past president of the Manheim Lions Club; and received the Melvin Jones Fellow Award from Lions Club International. He also served as a volunteer and president of the Manheim Fire Company. In 2004 Mike was inducted into the Manheim Central Hall of Fame.

For many years Mike served as chairman for the Salvation Army of the Manheim area. He helped to deliver meals for Manheim “Meals on Wheels” program for over 23 years, and volunteered as a board member for the Danner Home in Manheim. Mike became involved in Christian Clown Ministry and was known as “Sparky the Clown” and volunteered his time with many non-profit organizations throughout the county and state. He enjoyed being Santa Claus at Hershey Park and Chocolate World. Mike’s interests included camping, fishing, hunting, golfing, bowling, and walking. He had a great sense of humor, telling jokes and dropping memorable and often repeated one-liners. Mike loved and adored all his grandchildren and great-grandchildren, attending many of their sporting events from grade school through collegiate Football, Blue Band, and Women’s Field Hockey at Penn State.

Surviving in addition to his wife Mabel, is a daughter Claudia wife of Dr. David A. Zug of Manheim; three grandchildren: David Michael husband of Karli Zug, Graham Alan husband of Lauren Zug, Dr. Daneen Elizabeth Zug; and three great-grandchildren: Emilia, Grayden, Henry; and a sister Mary Jean Frey of Manheim. Preceding him in death is a brother, Melvin Graham.

Service of Remembrance and Celebration