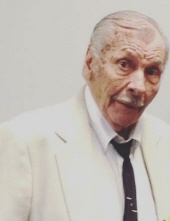 Mr. Clarence C. Cassler passed away on December 21st, 2020 at Susquehanna Nursing Home where he had been a resident for about two years. He was born on September 12th, 1927, to Raymond and Bessie Cassler in Womelsdorf, Pennsylvania, one of six children. During World War II he served in the Merchant Marines and the Army. After the war he married June Caroline Siegfried. They were married for 35 years before she preceded him in death in 1981.

Mr. Cassler will be buried in Indiantown Gap National Cemetery, Annville at the convenience of the family.
To order memorial trees or send flowers to the family in memory of Clarence C. Cassler, please visit our flower store.