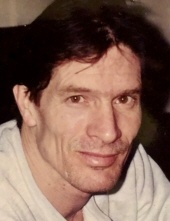 Christopher P. “Chris” Dawson, 64, of Manheim passed away at home on Wednesday, November 18, 2020 after a nine-month battle with lung cancer. Born in Philadelphia, he was the son of the late Thomas Dawson III, and Priscilla Ann (Porter) Dawson. Chris graduated from Elizabethtown Area High School in 1974, and worked for over 35 years in the printing industry. He enjoyed camping and hiking, especially with his dogs Maya and Odin. His passion for competition, sports, and teaching the fundamentals led him to being a girls’ basketball coach for both Manheim Central and Lancaster Mennonite school districts spanning over 15 years. A loving and dedicated father, his infectious humor and chuckle will be forever missed.

Surviving is a daughter, Whitney Dawson of Manheim and two siblings, a brother, Kirk Dawson and sister, Deborah Dawson. He was preceded in death by a daughter, Jessica Lynn Dawson and a brother, Thomas (Todd) Dawson IV.

A memorial service will be announced at a later date. Those desiring may send contributions in Christopher’s memory to Ann B. Barshinger Cancer Institute, 2102 Harrisburg Pike, Lancaster, PA 17601.
To order memorial trees or send flowers to the family in memory of Christopher P. "Chris" Dawson, please visit our flower store.