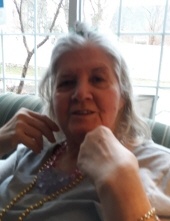 Carolyn B. Morrell, 80, of Lancaster, died peacefully on Saturday, June 27, 2020 at Country Meadows. Born in Lancaster, she was the daughter of the late John Redman Coxe and Charlotte Lowe Boyer. Carolyn was the wife of the late Martin Plantholt. Her first husband was the late Richard W. Morrell, who died in 1967. Carolyn worked primarily as a licensed hospital dietitian in Monmouth County, NJ. She was passionate about adoption; and she was also a longtime member of the Lancaster Garden Club.

Carolyn is survived by her beloved brother, Jay, husband of Robin Boyer, of Albuquerque NM; and by her immediate family, including her son, Richard W. Morrell of Lancaster; and her daughters, Alyssa A. Morrell of Yonkers, NY; and Lianna M., wife of Reda Amin of Lancaster.

Private service will be held at the convenience of the family.
To order memorial trees or send flowers to the family in memory of Carolyn B. Morrell, please visit our flower store.