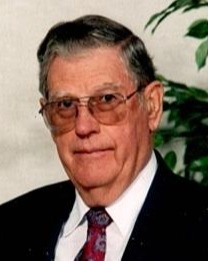 Carl James Rudy, 94, of Manheim, passed away at home, on Tuesday, October 4, 2022. Born in Breslau, Ontario, Canada, he was the son of the late Abner and Edith Snyder Rudy. He was the loving husband of Ruth Mohler Rudy, and they celebrated their 67th wedding anniversary this past July. He graduated from Eastern Mennonite College, Goshen Biblical Seminary and William S. Hall Psychiatric Institute. A retired Pastor, Carl served at a church in Ontario, Canada, South Bend, IN, Ft. Wayne, IN and Smithville, OH. He then served as Chaplain at the former Mennonite Hospital in La Junta, CO. Carl was a member of Blossom Hill Mennonite Church, Lancaster, American Protestant Chaplain’s Association, Moderator for Rocky Mountain Mennonite Conference, Secretary of the Ohio and Eastern Mennonite Conference and a member of the Lancaster County Woodworkers Association.  He enjoyed woodworking and making furniture. Carl donated his furniture to relief sales, Rocky Mountain Mennonite Camp and made kitchen cabinets for Navajo Mennonite Church, Farmington, New Mexico. Carl was a "seagoing cowboy" tending donkeys on a boat sent to repopulate animals in Europe after WWII. He was also instrumental in starting the hospice program in the Arkansas Valley in Eastern Colorado.

Funeral Services will be announced at a later date. In lieu of flowers, those desiring may send contributions in Carl’s memory to Hospice & Community Care, P.O. Box 4125, Lancaster, PA 17604-4125

To order memorial trees or send flowers to the family in memory of Carl James Rudy, please visit our flower store.