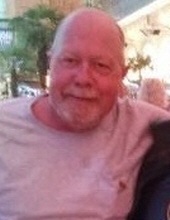 Bruce Wayne Shoemaker, 64, of Mount Joy, passed away unexpectedly on Friday, November 22, 2019. Born in Hillsboro, Ohio, he was the son of Clarence Shoemaker of Florida and Darlene (Watson) Kindred of Tennessee. He was the husband of the late Tawnee Jo (Spivey) Shoemaker who died in 2014. Bruce was a lifetime member of the Mount Joy VFW Post 5752 and Past SAL Commander of the Mount Joy American Legion Post 185.

Surviving in addition to his parents are three children, Melinda wife of Tony Wenger, Sarah Shoemaker and Wayne husband of Alexis Shoemaker, five grandchildren and two brothers. He was preceded in death by his stepfather, Ralph Kindred.

Services are private and at the convenience of the family.
To order memorial trees or send flowers to the family in memory of Bruce Wayne Shoemaker, please visit our flower store.