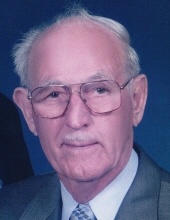 Arthur L. Brubaker, 90, of Manheim, went to be with the LORD on Wednesday, April 8, 2020, at the Pleasant View Retirement Community. Born on his family farm in Rapho Township, he was a devoted son of the late Roy G. and Emma (Sharpe) Brubaker. Art married Doris M. Achey Brubaker in 1951, and before her death in March of 2018, they were blessed to celebrate 66 years of marriage.

For nearly 50 years, Art was employed as a truck driver for the former R.W. Hollinger and Sons, Building Supply Company, Manheim. Art was an entrepreneur who developed, managed and owned Brubaker Mobile Home Park in Rapho Township for over 30 years. Many neighbors of the mobile home park fondly remember the sheep that Art raised over the years. He was an active and faithful member of Ruhl's United Methodist Church, Manheim, where he served as trustee, on the administrative board, and as the church custodian along with his wife for a number of years. Art also served on church mission trips to Puerto Rico and with Red Bird Mission in the Appalachian Mountains. He was a gifted singer and loved to raise his voice in praise to the LORD in the church choir and in the Ruhl's Sing Out Group. In his later years, he served as the caretaker of the Ruhl's Picnic Grove. A veteran, Art served in the United States Marine Corps during the Korean War. Throughout his life, Art faithfully sponsored children through World Vision International. His interests included: hunting, fishing, carpentry, extensive international travel, and trips to the family cabin in Vermont. Art had a life-long passion for his family and he cherished the time spent with his wife, daughters, grandchildren and great-grandchildren. He possessed the venerable combination of a strong work-ethic and servant's heart, by which many who knew him were blessed. To his beloved family, he leaves behind a Godly legacy of a deep, abiding faith in his LORD & Savior, Jesus Christ.

He is survived by two daughters: Wendi wife of William Aument of Manheim, Barb Reedy of Elizabethtown; three grandchildren: Zachary husband of Amber (Thomas) Aument of Charleston, SC, Emilee (Aument) wife of Matthew Kratz of Mount Joy, Kaley (Reedy) wife of Trevor Varner of Elizabethtown; five great-grandchildren: Ava, Emerson, William, Samuel and Ezekiel; a brother, Henry A. husband of Naomi Brubaker of Manheim, and a sister, Ruth wife of Al Overly of Manheim. Preceding him in death is a sister, Eva Heisey, and two brothers: Leroy and Marlin Brubaker.

Due to current public health guidelines, memorial services for Art will be scheduled and announced at a later date. Interment will be private in Ruhl's United Methodist Cemetery. In lieu of flowers, contributions may be sent in Art's memory to World Vision International, P. O. Box 9716, Federal Way, WA. 98063.
To order memorial trees or send flowers to the family in memory of Arthur L. Brubaker, please visit our flower store.