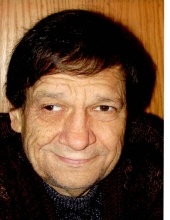 Adam Scott Dietrich, 68, of Lancaster, and formerly of East Petersburg, died peacefully on Wednesday, July 1, 2020 at Lancaster General Hospital. Scott was the son of the late Chester and Esther May Shelly Dietrich. He was the loving husband of Barbara Graham Dietrich. He was a confirmed member of Zion Evangelical Lutheran Church, East Petersburg and more recently attended East Fairview Church of the Brethren, Manheim with his wife.

Surviving is his wife Barb. They had been married for 36 years and Barb always said that “he was a winner right from the start!” Scott was a graduate of Massanutten Military Academy, Woodstock, VA, and received a certificate in accounting from the Greater Johnstown Career and Technology Center, Johnstown, PA.

Prior to his death he lived with his wife at Rose City Nursing and Rehab and happily enjoyed the simple pleasures of life- reading the newspaper, giving Barb red roses, “Oldies but Goodies” music (If there was a lull in conversation he would begin singing out loud whatever song was in his head at that time!), and sending cards of care and thanks and of sympathy. But most of all he was an engaging conversationalist, always more interested in the other person’s life and history than his own. He easily developed a personal relationship with his doctors such as Dr. Rigano at Lancaster General and the late Dr. Mast, or his helpers and staff at Rose City and at Davita Dialysis, or long-time friends like Mrs. Heisey and her daughter Beth. Scott shared the memories and stories of these friendships endlessly with Barb and his life-long friend Phil Hartenstine.

Memorial contributions can be sent to East Fairview Church of the Brethren, 1187 Fairview Rd, Manheim, PA 17545. Services will be private and at the convenience of the family.
To order memorial trees or send flowers to the family in memory of Adam Scott Dietrich, please visit our flower store.