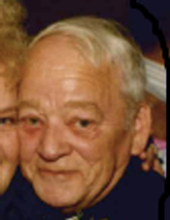 Wilbur E. Sweigart, 81, of Akron, died on Sunday, March 19, 2017. He was the son of the late Oscar and Mary Blantz Sweigart. Wilbur was the husband of Joanne Reynolds Sweigart. He worked for Pensupreme Dairy, and previously was employed for Morgan Paper Company. Wilbur served in the U.S. Army. He attended Coleman Memorial Chapel, was a member of the Ephrata American Legion, and enjoyed attending country music shows. He will be missed by his faithful Chihuahua dog named Bamby.

Surviving in addition to his wife Joanne, is a daughter, Tina M. Reynolds, Lititz, 4 stepsons, 2 step daughters, 12 grandchildren, and 8 great grandchildren. Preceding him in death is a brother, a sister, and 2 grandchildren.

Memorial services will be at the Buch Funeral Home, 216 South Broad Street, Lititz, on Thursday, March 30, 2017 at 11:00 AM. Friends may visit with the family on Thursday morning from 10:30 AM until the time of the service.

Private interment will be in Indiantown Gap National Cemetery at a later date.
To order memorial trees or send flowers to the family in memory of Wilbur E. Sweigart, please visit our flower store.