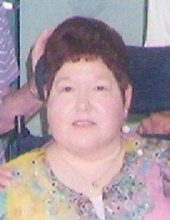 Surviving in addition to her mother and stepmother are a sister, Deborah L. (Michael) Gerber and a brother, Steven G. (Carolyn) Beaver both of Lancaster, three nieces, Samara, Kacie, Kelly and a nephew, Wade. She was preceded in death by two nephews, Troy Irwin and Travis Beaver.

Relatives and friends are respectfully invited to attend her funeral service at the Buch Funeral Home, 21 Market Square, Manheim on Friday, January 23, 2015 at 11:00 AM. There will be a public viewing from 10:00 AM until the time of service. Interment in Salunga Mennonite Cemetery.
To order memorial trees or send flowers to the family in memory of Vickie Lynn Waughtel, please visit our flower store.