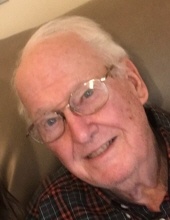 Thomas K. “Tom” McGovern, 84, of Willow Valley, formerly of Lancaster, died Wednesday, March 30, 2022. He was the widow of the late Patricia “Pat” (Markley) McGovern who died in 2015. Born in Lancaster, he was the son of the late Walter H. and Virginia (Roach) McGovern. Tom was the General Sales Manager for Bavarian Soft Pretzels for 25 years before retiring in 1993. Tom was a graduate of Manheim Twp. High School, class of 1955, and was a graduate of Millersville University. He proudly served in the U.S. Army. He was a member of Highland Presbyterian Church, Lancaster. Over the years Tom enjoyed his Triumph TR-6, 1972 XKE Jaguar, cruising around Lancaster County, traveling the Caribbean with his wife, boating on the Chesapeake Bay, and family genealogy.

Relatives and friends are respectfully invited to attend his celebration of life service at the Buch Funeral Home, 216 S. Broad St., Lititz, on Wednesday April 6, 2022 at 6:00 PM. There will be a time of visitation with the family on Wednesday from 5:00 PM until the time of the service. Private interment will be in Longenecker Cemetery.

To order memorial trees or send flowers to the family in memory of Thomas K. "Tom" McGovern, please visit our flower store.