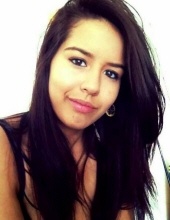 Taylor Miller, 22, formerly of Harrisburg passed away unexpectedly on Friday, June 10, 2016 at the Pennsylvania Hospital, Philadelphia. Born in Lancaster, she was the daughter of John F. Miller of Pequea and Sonia (Beam) wife of Brad Diodato of Harrisburg. Taylor graduated from Central Dauphin High School in 2013.

Funeral Services are private and at the convenience of the family.
To order memorial trees or send flowers to the family in memory of Taylor Miller, please visit our flower store.