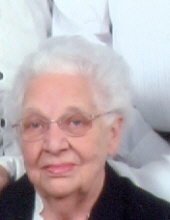 Susan M. Beam, 79, of East Petersburg, passed away on Sunday, April 20, 2014 at the Lancaster General Hospital. Born in Manheim, she was the daughter of the late Charles and Susan Smith George. A homemaker, Susan was the loving wife of Frank J. Beam, and they would have celebrated their 62nd wedding anniversary in May of this year. Susan was an avid reader, enjoyed traveling, and spending time with her grandchildren.

Relatives and friends are respectfully invited to attend her funeral service at the Buch Funeral Home, 21 Market Square, Manheim on Thursday, April 24, 2014 at 2:00 PM. Interment will be in Manheim Fairview Cemetery, Penn Township. There will be a viewing at the funeral home on Thursday afternoon from 1:00 PM until the time of the service.

To order memorial trees or send flowers to the family in memory of Susan M. Beam, please visit our flower store.