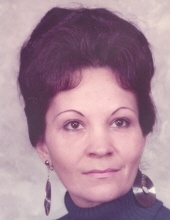 Shirley Y. Rettew, 79, of Lititz passed on Monday, November 3, 2014 at Lancaster General Hospital. Born in Brickerville, she was the daughter of the late Oliver and Erma Burkhart Lehman. She worked at the former Warner-Lambert Pharmaceutical Company in Lititz, for 5 years. A Protestant, she was a longtime member of the Lititz Church of the Brethren, helping in the kitchen. Shirley most recently attended the Lancaster Church of the Brethren. Shirley belonged to the Twalkers Club, a walking organization at Park City, for many years. She enjoyed walking around the grounds of the Brethren Village Retirement Community, where she later resided. Her hobbies included reading, listening to music, and watching television or movies. Shirley devoted her life to her special grandson, Travis Nace, showering him with love (and cheeseburgers) until she was no longer able.

Shirley is survived by 2 daughters, Deborah Neslund (Charles), of Brownstown; Cheryl Whetsel (Ronald), of Sumter, SC; 1 son, Charles Rettew (Andrea), of Manheim; 11 grandchildren and 12 great-grandchildren. She was preceded in death by a son, Michael Rettew, and a granddaughter. She is also survived by a brother, Paul Lehman, of Lancaster; 3 sisters, Erma Doyle, of Manheim; Betty Lynn (Bud), of Lititz and Nancy Ruhl, of Manheim. She was also preceded in death by 5 brothers and 2 sisters.

Relatives and friends are respectfully invited to attend her funeral service at the Buch Funeral Home, 21 Market Square, Manheim on Friday, November 7, 2014 at 2:00 PM. Interment in Manheim Fairview Cemetery, Penn Township. There will be a public viewing at the funeral home on Friday afternoon from 1:00 PM until the time of service. In lieu of flowers, those desiring may send contributions in Shirley’s memory to the American Heart Association, 610 Community Way, Lancaster, PA 17603.
To order memorial trees or send flowers to the family in memory of Shirley Y. Rettew, please visit our flower store.