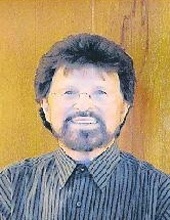 Ross S. Myers, Jr. died July 25th at the age of 91. Ross, the son of Ruth Beaner Myers and Ross S. Myers, was a lifelong resident of Lancaster after serving three years during World War II as a medic in the Army. Ross returned to Lancaster, working at Hamilton Watch for a short time, before training as a hairdresser. He then opened the Parisian Shoppe where he held forth for 40 years, retiring at the age of 87.

His hair always perfectly coiffed and beard neatly trimmed, Ross was a natty dresser who loved to escort his sister-in-law to the Miss America Pageant in Atlantic City.

He was preceded in death by his parents and elder brother, Charles Myers and is survived by his younger brother, Jack of Manheim and nieces and nephews.

Funeral arrangements are private.
To order memorial trees or send flowers to the family in memory of Ross S. Myers Jr., please visit our flower store.