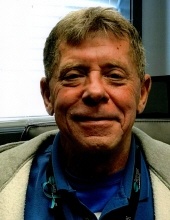 Robert W. Hartman, age 64, of Manheim, passed away on Sunday, September 15, 2019 at Wellspan Ephrata Community Hospital with his family by his side. Born in Philadelphia, Robert was the son of the late William R. and Ruth Harrison Hartman. He was the loving husband of Robyn L. Hartman for 15 wonderful years. A devoted Christian, Robert attended LCBC Church in Manheim, where he volunteered and served as an usher. He was employed by The Retreat at Lancaster County and was previously employed by The Gate House for Men and Woodstream, Lititz. Robert graduated from Haverford Township High School in 1973 and later went on to attend HACC where he graduated with an associate’s degree in Human Services. An active member of Alcoholics Anonymous for 24 years he took this as an opportunity to inspire others and used his sobriety to encourage individuals to better themselves and their lives. Robert was a 32nd degree freemason and Past Master of St. Alban Lodge 529, F&AM. His hobbies included entertaining family, vacationing in Ocean City, MD, antiquing, fishing, camping and he was a loyal Philadelphia sports fan.

Relatives and friends are respectfully invited to attend Robert’s Memorial service at LCBC Church, Manheim Campus, 2392 Mount Joy Rd, Manheim, (PLEASE USE PLAZA ENTRANCE) on Friday, September 20, 2019 at 11:30 AM. Friends may visit with the family from 10:00 until the time of service. Interment will be private. Those desiring may send contributions in Robert’s memory to Make-A-Wish Foundation of Philadelphia and Susquehanna Valley, 1054 New Holland Avenue, Lancaster, PA 17601.
To order memorial trees or send flowers to the family in memory of Robert W. Hartman, please visit our flower store.