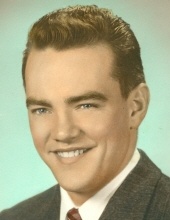 Robert O. Cain, Jr., 79, of Lancaster, went home to be with his Lord & Savior, Thursday August 18, 2016 at Lancashire Hall, Lancaster. Born in Brockton, MA he was the son of the late Robert O. Sr. and Helen (Berry) Cain. He was the husband of Bonnie E. (Strickler) Cain, and they celebrated 55 years of marriage this past June. Robert was a carpenter for various local companies. He had also learned to drive truck and was active with Trucking for Christ. Robert graduated from Brockton Trade School in 1955, Thompson’s Academy (Farm and Trade School) in 1953, and Lancaster School of the Bible in 1969 after attending North Eastern Bible Institute and the Philadelphia School of the Bible. Robert was a member and former choir member of Calvary Church, Lancaster. Robert was also an animal lover, especially his beloved dogs Smokey, Ruff, Corky and Cleo.

Surviving in addition to his wife Bonnie is a son R. Michael Cain, Lancaster; two granddaughters Juliana Elaine Cain and Maria Elizabeth Cain; a brother William H. husband of Betty Cain, West Bridgewater, MA, and a sister Linda Lou wife of Stanley Snelgrove, Raynham, MA. In addition to his parents he was preceded in death by a brother and three sisters.

Relatives and friends are respectfully invited to attend his life celebration service at the Buch Funeral Home, 21 W. Main St. Mount Joy, on Friday August 26, 2015 at 11:00 AM. There will be a public viewing on Friday from 10:00 AM until the time of the service. Interment will be in Mt. Tunnel Cemetery, Elizabethtown.

In lieu of flowers contributions in Robert’s memory may be sent to Transport for Christ, 1525 River Road, Marietta PA 17547.
To order memorial trees or send flowers to the family in memory of Robert O. Cain Jr., please visit our flower store.