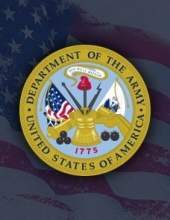 Robert F. Longenecker, 75, of Manheim, passed away on Tuesday, January 15, 2019 at the Lebanon VA Medical Center. Born in Sporting Hill, he was the son of the late Edwin and Grace Frysinger Longenecker. A veteran, Robert proudly served in the United States Army. He enjoyed golfing and fly fishing.

Relatives and friends are respectfully invited to attend Robert’s graveside service at Indiantown Gap National Cemetery on Tuesday, January 29, 2019 at 11:00 AM. Those desiring may send contributions in Robert’s memory to the Lebanon VA Medical Center, 1700 South Lincoln Avenue, Lebanon, PA 17042.
To order memorial trees or send flowers to the family in memory of Robert F. Longenecker, please visit our flower store.