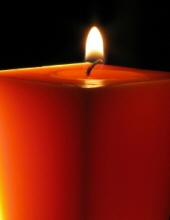 Robert D. “Bob” Reinhart Jr., 61, of East Petersburg, died peacefully at his home on Sunday, February 19, 2017. Born in Schuylkill County, he was the son of the late Robert D. Sr. and Florence Reinhart. Bob was the loving husband of Bonnie J. Bleacher Reinhart and they observed their 28th wedding anniversary in January of this year. Bob worked for Water Street Ministries in Lancaster; previously he was a Taxi Cab driver in the Lancaster area. Bob had a deep passion to care and help others in need. In April of 1997 he was awarded the Carnegie Hero Fund Commission in recognition of outstanding act of heroism by Bob in saving a person in the streets of Lancaster as a brutal crime was being committed in February of 1997. The recognition came nationally; from Governor Tom Ridge, and from the Lancaster City Police. Bob also spent many hours helping with Alzheimer’s patients volunteering his time to guide them through basic activities and to give them a sense friendship and community. Bob truly cared for friends and strangers alike. His interests included: fishing and telling funny stories to anyone who would listen.

Surviving in addition to his wife Bonnie, is a son, Steven Sironel, of Sarasota, FL., two grandchildren, and two sisters.

Relatives and friends are respectfully invited to attend Bob’s memorial service at the Real Life Church of God, 6030 Lemon Street, East Petersburg, on Monday, February 27, 2017 at 7:00 PM. Friends may visit with the family at the church on Monday evening from 6:30 PM until the time of the service.
To order memorial trees or send flowers to the family in memory of Robert D. Reinhart Jr., please visit our flower store.