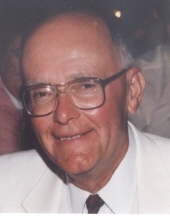 Richard E. “Ernie” Rhoads, 84, of Manheim, died peacefully on Monday March 13, 2017 at Lancaster General Hospital. He was the husband of the late Marilyn T. Rhoads who died this past January. Born in Lancaster he was the son of the late George and Mildred (Ginder) Rhoads. Ernie was an employee of the former Warner-Lambert, Inc. of Lititz for 33 years before retiring as a Production Manager. Ernie was a graduate of Manheim Central High School and was a member of its 1st football team; he was also a member of the 1949-1950 Section 1 Basketball Championship team. He attended Millersville University. Ernie enjoyed many types of athletics including swimming, golf, and playing in tennis tournaments with his wife. He was a member of the Susquehanna Yacht Club and raced sail boats with his wife. Ernie was a member of Zion Evangelical Lutheran Church, Manheim, and was a member of the Manheim Historical Society. Ernie proudly served his country as a corporal in the U.S. Army during the Korean Conflict.

Surviving are two sons, James Richard husband of Peggy Heine Rhoads of Rheems, Kenneth G. Rhoads of Manheim, and a grandson Gregory Rhoads. In addition to his wife and parents he was preceded in death by a granddaughter Kathryn Rhoads.

Relatives and friends are respectfully invited to attend Ernie’s memorial service at Zion Evangelical Lutheran Church, 2 South Hazel Street, Manheim, on Saturday March 25, 2017 at 3:00 PM. the family will receive friends at the church on Saturday afternoon from 2:00 PM until the time of the service. Interment will be private and at the convenience of the family in Manheim Fairview Cemetery.

In lieu of flowers contributions in Ernie’s memory may be sent to: the Manheim Historical Society, P.O. Box 396, Manheim PA 17545.
To order memorial trees or send flowers to the family in memory of Richard E. "Ernie" Rhoads, please visit our flower store.