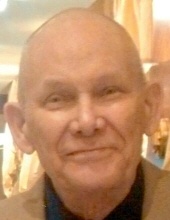 Richard B. “Rick” Edmonds, 80, of Mount Joy, passed away on Friday, July 28, 2017. Rick was born in Lancaster and was preceded in death by his son Bradley R. Edmonds (2010) and his parents Clare T. and Lucy M. Edmonds. He was a graduate of Manheim Central High School class of 1954 where he enjoyed playing football. He proudly served in the U.S. Navy for 4 years. After leaving 18 years of employment with NCR Corp., he formed his own business American Weigh Systems, of New Holland, which he operated for 21 years. He and his family purchased The Watering Trough in Mount Joy in 1990 and operated it for 21 years.

A Celebration of Life will take place at a later date. A special thank you to the Hershey Team which includes Dr. Edward Bollard and Dr. William Davidson who did an outstanding job of medically treating Rick for over 21 years.
To order memorial trees or send flowers to the family in memory of Richard B. "Rick" Edmonds, please visit our flower store.