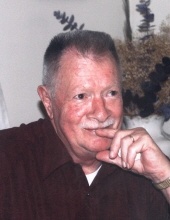 Peter M. Zerphy 81, of Manheim, passed away peacefully at his home on Thursday, February 16, 2017. Born in East Petersburg, he was the son of the late Floyd and Mildred Brunner Zerphy. He was the loving husband of Pat Brunner Zerphy. Peter was employed at the Manheim Auto Auction as an auto body mechanic for over 25 years. A veteran, he served in the United States Navy during World War II and the Korean War. He had a love for fishing and hunting and was an avid Phillies, Eagles and NASCAR fan. Peter was a member of the Germania Band Club, Manheim, Elstonville Sportsmen’s Association, American Legion, VFW, Emporium Moose Lodge and the Sinnemahoning Sportsmen’s Club.

Relatives and friends are respectfully invited to attend Peter’s memorial service at the Buch Funeral Home, 21 Market Square, Manheim on Sunday February 19, 2017 at 4:00 P.M. Friends may visit with the family at the funeral home on Sunday afternoon from 3:00 PM until the time of service. Interment will be private and the convenience of the family. Those desiring may send contributions in Peter's memory to the American Heart Association, 610 Community Way, Lancaster, PA 17603
To order memorial trees or send flowers to the family in memory of Peter M. Zerphy, please visit our flower store.