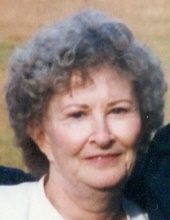 Patricia L. Owens, 84, of Manheim, went home to be with her Lord and Savior, Sunday, August 10, 2014 at Pleasant View Retirement Community, Manheim. She was the widow of the late David J. Owens, Sr., who died in 2001. Born in Los Angeles, CA she was the daughter of the late Royal and Esther (Stoy) Millhouse. Patty as she was affectionately known was a clerk in various retail stores, but most of her life was dedicated to her husband and children. She was very artistic, and used her ability as a clothing designer, seamstress, and crafts designer. But she will be remembered by her family and friends as a great apple and lemon meringue pie maker. Prior to her illness, she was an active member of Bethel Baptist Church of Manheim.

Relatives and friends are respectfully invited to attend her graveside service at Maple Hill Cemetery, 68 E. Saint Mary’s Road, Hanover Twp. PA (Luzerne Co.) on Tuesday August 12, 2014 at 1:00 PM. Viewing will be private. In lieu of flowers, contributions in Patty’s memory may be sent to Habitat for Humanity, 443 Fairview Ave. Lancaster PA 17603.
To order memorial trees or send flowers to the family in memory of Patricia L. Owens, please visit our flower store.