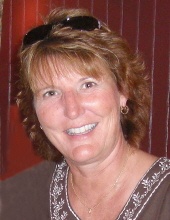 Pamela J. Reynolds, 53, of Manheim passed away peacefully on Wednesday, October 30, 2013 at Hospice & Community Care, Mount Joy following a courageous three year battle with cancer. Born in Lancaster, she was the daughter of William L. III and Cora Rankin Cauler of Millersville. She was the loving wife of Scott A. Reynolds and they celebrated twenty seven years of marriage in January. Pam was the Corporate Director of Client Services at Eastern Insurance Holdings, Inc, Lancaster. She graduated from Penn Manor High School in 1978 and from Central Penn College in 1980. She earned her CPCU in 2009 and CSIA in 2011. Pam was a member of Colemanville United Methodist Church, Conestoga. For nine years, Pam proudly served as the first woman director of the Manheim Athletic Association Midget Football Program. Her interests included cooking, baking, reading and going to the beach. She loved to spend time with her family, especially her grandchildren.

Surviving in addition to her husband and parents is a daughter, Jennifer wife of Walt Zimmerman of Rothsville, two sons, Cody husband of Chelsea Lefever Reynolds of Lititz and Seth Reynolds at home, two grandchildren, Payton and Wesley Zimmerman, and two sisters, Cindy wife of David Morrison of Conestoga and Billie wife of Tom Hotchkiss of Washington Boro.

Relatives and friends are respectfully invited to attend a Celebration of Pam’s Life at Grace United Methodist Church, 163 West Frederick Street, Millersville on Saturday, November 2, 2013 at 2:00 PM. Interment will be private and at the convenience of the family. Friends may visit with the family at the church on Saturday afternoon from 12:00 Noon until the time of service.

To order memorial trees or send flowers to the family in memory of Pamela J. Reynolds, please visit our flower store.