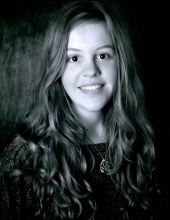 Nia Dionne Smith, 27, of Manheim, beloved daughter of Gregg M. and Sheila M. Harnish Smith, passed away on Saturday, January 30, 2021, after Nia made the decision to close the book on her earthly journey. Nia was inquisitively gifted, and that quality followed her throughout her life. She was a 2012 graduate of Manheim Central High School, and was involved in music, theatre, and academic clubs during her time there. An avid reader, her peers knew she could be found deeply absorbed in a book. Nia also had a passion for writing and wrote in a variety of different genres. One of Nia’s works is included below. Nia was an accomplished Jazz musician, known for her tone and improv skills on the alto sax. She attended York St. John University, in York, England; and Juniata College in Huntingdon. Nia worked as a Neuro Rehabilitation Assistant for Acadia Health System in Lancaster. She took on the responsibility of working in the COVID-19 unit with patients that had tested positive for covid. Nia was a reliable caregiver, even when her responsibilities separated her from her family over the holiday season. Beloved by her clients, she had an innate ability to understand and relate to her patients. Nia’s sincere interest in neurology and psychology served her well when providing care to patients with neurological disabilities. Nia was an independent thinker. Ahead of her time in theories and concepts, Nia had an authentic interest in empathy, acceptance, and valuing different backgrounds – before “diversity and inclusion” became a mainstream talking point. Nia was a member of the Mount Joy Mennonite Church; she was involved in the youth group and youth worship team, and participated in mission trips. Most recently she attended Lancaster Church of the Brethren. Nia’s interests included: music, film, arts, literature, painting, and cross stitch. A self-proclaimed food critic, she loved to experience a variety of foods, and tried her hand at creating dishes of all kinds. Nia was an animal lover and was especially fond of the family’s two corgis, Maverick and Luna. She was a beloved daughter, sister, granddaughter, and friend, a precious gift from God. Nia will be missed each and every day by her family that loved her so much.

Surviving in addition to her parents: Gregg and Sheila Smith, are a brother, Christian N. Smith of Farmington Hills, MI, paternal grandmother, Sonya Smith of Manheim, maternal grandparents, Jacob and Sandra Harnish of Manheim, aunts, uncles, and cousins. Preceding her in death is a paternal grandfather, Harry C. Smith Jr.

Services for Nia will be private and at the convenience of the family. In lieu of flowers, contributions may be sent to https://www.autismspeaks.org/ways-give.

The Tragic Fate of the Emu: A Ballad
by Nia Smith

Welcome my friend to my humble poet’s lair
Make yourself comfortable; pull up a chair
As I tell the story (and this is all true)
Of the tragic fate of one star-crossed emu

An emu’s a bird which is heavy and tall
Which makes up for brain size: pathetically small
They’re locked up for safety where no one can see
Until the day came when one emu broke free

The bird hit the road and he made it to town
He played with some children who chased him around
But this day of fun was to come at a price
For it seems the police think emus aren’t nice.

Sir emu decided to visit the school
He strode past the science wing, classy and cool
The sight of the students filled our hero with cheer
When who but the law enforcement should appear

The students who watched thought it all was great fun
Till a cop turned round and then pulled out a gun
Perhaps the emu flipped the police the bird
Either way, a “bang!” was the last thing it heard

The emu fell heavy onto the hard ground
A flurry of feathers flew up all around
And what of the kids who were watching indoors?
That’s right – their reaction was much worse than yours

The emu now runs through a field made of clouds
His wings finally work, for here flying’s allowed
And now I advise as this tale comes to end;
Live well – your demise could be around the bend
To order memorial trees or send flowers to the family in memory of Nia Dionne Smith, please visit our flower store.