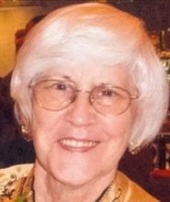 Mildred "Snookie" Ament, 74, of Mount Joy, formerly of Palmyra and Hershey, PA, died unexpectedly, Tuesday June 5, 2012 at Lancaster General Hospital. She was the wife of Jay W. Ament, and they celebrated their 53rd anniversary this past October 11th. Born in New Holland, she was the daughter of the late Charles and Sadie (Weist) Sumner. "Snookie" as she was lovingly known to her family and friends, served as a waitress for various restaurants in the Hershey area including DeCarlos, DeAngelis, The Hershey Pantry, and the former Cut Rate Drugstore of New Holland. Along with her husband Jay, they served as house parents for the Milton Hershey School. She was of Methodist faith. Snookie and her husband enjoyed traveling and took nine trips across the United States. She loved meeting and talking to people wherever she traveled or worked. Her greatest joys were spending time with her husband Jay, her children and her grandchildren. Surviving in addition to her husband is a son Steven Ament and companion Karen Finley of Durham, NC; a daughter Audrey Gerber of Hummelstown; four grandchildren Michael & Lexie Ament, and Brianna & Brandon Gerber; and a sister Dorothy Hardrath living in Sacramento, CA. In addition to her parents, she was preceded in death by a son Michael C. Ament (1988), a sister Virginia and a brother Jim. The funeral service will be held at the Heilig Funeral Home, 21 W. Main St. Mount Joy, on Sunday June 10, 2012 at 4:00 P.M. Interment will be private. There will be a public viewing on Sunday from 3:00 P.M. until the time of the service. Contributions in "Snookie's" memory may be sent to the Michael C. Ament Memorial Award, c/o Harrisburg Area Community College, 1 HACC Drive, Harrisburg PA 17110.
To order memorial trees or send flowers to the family in memory of Mildred L. Ament, please visit our flower store.