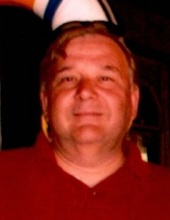 Michael L. “Mike” Benson, 65, of Elizabethtown, died unexpectedly Monday April 2, 2018 at Lancaster General Hospital. He was the loving husband of Melodi (Shellenberger) Benson and they celebrated 28 years of marriage this past January. Born in Cumberland, MD, he was the son of the late George and Mary (Delozier) Benson. Mike was a Senior Nuclear Engineer at Three Mile Island, Middletown, PA for 44 years. Mike was a proud “HOKIE” and graduate of Virginia Tech. class of 1974 where he was first admitted on a full baseball scholarship. Mike was also an owner of several race horses and ran them at Penn National Race Track with his dear friend and colleague, Tom Ligenfelter . He loved listening to his vast collection of Rock & Roll music and searching for the best new stuff out there. As an active Dad, Mike was a basketball coach and soccer coach for both his daughters.

Surviving in addition to his wife Melodi are two daughters Kaitlyn Benson and Kelsey Benson; two brothers Sam (Sandi) Benson of Springfield, MO, and Bill (Dawn) Benson of Cumberland MD. In addition to his parents, he was preceded in death by a younger brother Terry Benson.

There will be a gathering of relatives and friends for a time of remembrance at the Buch Funeral Home, 21 West Main St. Mount Joy, on Sunday, April 8, 2018 from 4:00 PM to 6:00 PM. Interment will be in Sunset Memorial Park, Wednesday, April 11, 2018 at 1:00 PM with a reception of friends and relatives immediately following the interment at the Goodfellowship Club, 225 Virginia Ave. Cumberland, MD.
To order memorial trees or send flowers to the family in memory of Michael L. Benson, please visit our flower store.