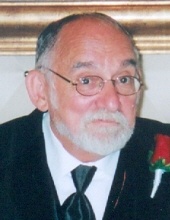 Merle E. Clugston, 74, of Manheim, died peacefully on Sunday, June 19, 2016 at Masonic Village at Elizabethtown. Born in Big Springs, MD; he was the son of the late Joseph A. Clugston and the late Ruth Shank Clugston Pellman. Merle was the husband of the late Lois A. Hevener Clugston who died in 2009. For many years he worked for the former Trojan Yacht Company, Lancaster. Merle also was employed by the Hershey Equipment Company, and the Manheim Auto Auction. He attended the Lititz Church of the Brethren in his early years with his family. Merle enjoyed cooking. He also loved to travel to Maine for his favorite fishing spots. Merle was an enthusiastic Philadelphia sports fan, rooting with passion for his Phillies, Flyers, and Eagles. A “True Character”, he loved to hang with his friends, tell stories, and was a unique friend to many. Merle loved his two favorite dogs, a Westie named Tucker, and a Yorkshire terrier named Church Hill.

Relatives and friends are respectfully invited to attend his funeral service at the Buch Funeral Home, 21 Market Square, Manheim, on Thursday, June 23, 2016 at 7:00 PM. There will be a viewing at the funeral home on Thursday evening from 6:00 PM until the time of the service. Interment will be private at East Fairview Church of the Brethren Cemetery, Rapho Township.
To order memorial trees or send flowers to the family in memory of Merle E. Clugston, please visit our flower store.