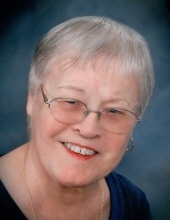 Mary Ellen Hummel, 74, of Elizabethtown and formerly of Marietta passed away on Monday, May 5, 2014 at Hospice & Community Care, Mount Joy. Born in Maytown, she was the daughter of the late Frederick L. and Sara Myers Hummel. Retired in 1994, Mary Ellen worked as a contract administrator at Andrews Air Force Base, Maryland for thirty six years. She graduated from Donegal High School in 1957. Mary Ellen volunteered at the Elizabethtown Food Bank, Masonic Village and Elizabethtown Library Capital Campaign. Her interests included traveling, scrapbooking and attending live theatre in Hershey.
Surviving is a sister, Janet A. Marley of Elizabethtown, a brother, Charles C. husband of Kathy Hummel of Highland, Illinois and nine nieces and nephews. She was preceded in death by two sisters, Doris M. Shaud and Freda A. Hummel.
Funeral Services are private and at the convenience of the family. Please omit flowers. Those desiring may send contributions in Mary Ellen’s memory to Hospice & Community Care, P.O. Box 4125, Lancaster, PA 17604-4125.
To order memorial trees or send flowers to the family in memory of Mary Ellen Hummel, please visit our flower store.