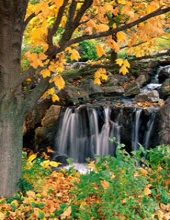 Mary Elizabeth Brownsberger, 93, of Mount Joy, passed away peacefully on Saturday October 4, 2014 at Hospice and Community Care, Mount Joy. She was the widow of the late Roy D. Brownsberger who died in 1996. Born in Elizabethtown, she was the daughter of the late Christian and Elizabeth (Firestine) Alleman. Mary was a good homemaker and she even made apple sauce when she was 92. Besides being a homemaker she enjoyed gardening, crocheting, and word search puzzles.

Relatives and friends are respectfully invited to attend her graveside service at the West Green Tree Brethren Cemetery, 740 Green Tree Road, Elizabethtown PA on Saturday October 18, 2014 at 10:00 AM.

In lieu of flowers, contributions in Mary’s memory may be sent to Hospice and Community Care, P.O. Box 4125, Lancaster PA 17604-4125.
To order memorial trees or send flowers to the family in memory of Mary Elizabeth Brownsberger, please visit our flower store.