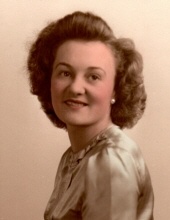 Mary E. Simmons, 92, of Lancaster, died peacefully on Tuesday, January 23, 2018 at the Zerbe Retirement Community, Narvon. Born in Lancaster, she was the daughter of the late Landis and Elizabeth Shenk Sauder. Mary was the loving wife of the late William A. Simmons Sr. who died in 1997. Mary retired from Conestoga View, Lancaster, where she worked in the food service department for 15 years; previously she was employed at Reese Padlock Company, Lancaster, and had worked at Armstrong World Industries during World War II. Mary was a member of First United Methodist Church, Lancaster. Her interests included: flower and vegetable gardening, cooking, baking, and spending time with her family.

Private services will be held at the convenience of the family. Interment will be in Millersville Mennonite Cemetery.
To order memorial trees or send flowers to the family in memory of Mary E. Simmons, please visit our flower store.